back to main news hub

Greater Manchester authorities are demanding that the government commits vital funding ahead of the March Budget so the region can ‘get on’ with its ambitious plans to tackle air pollution, as the new Environment Bill is debated in Parliament today. 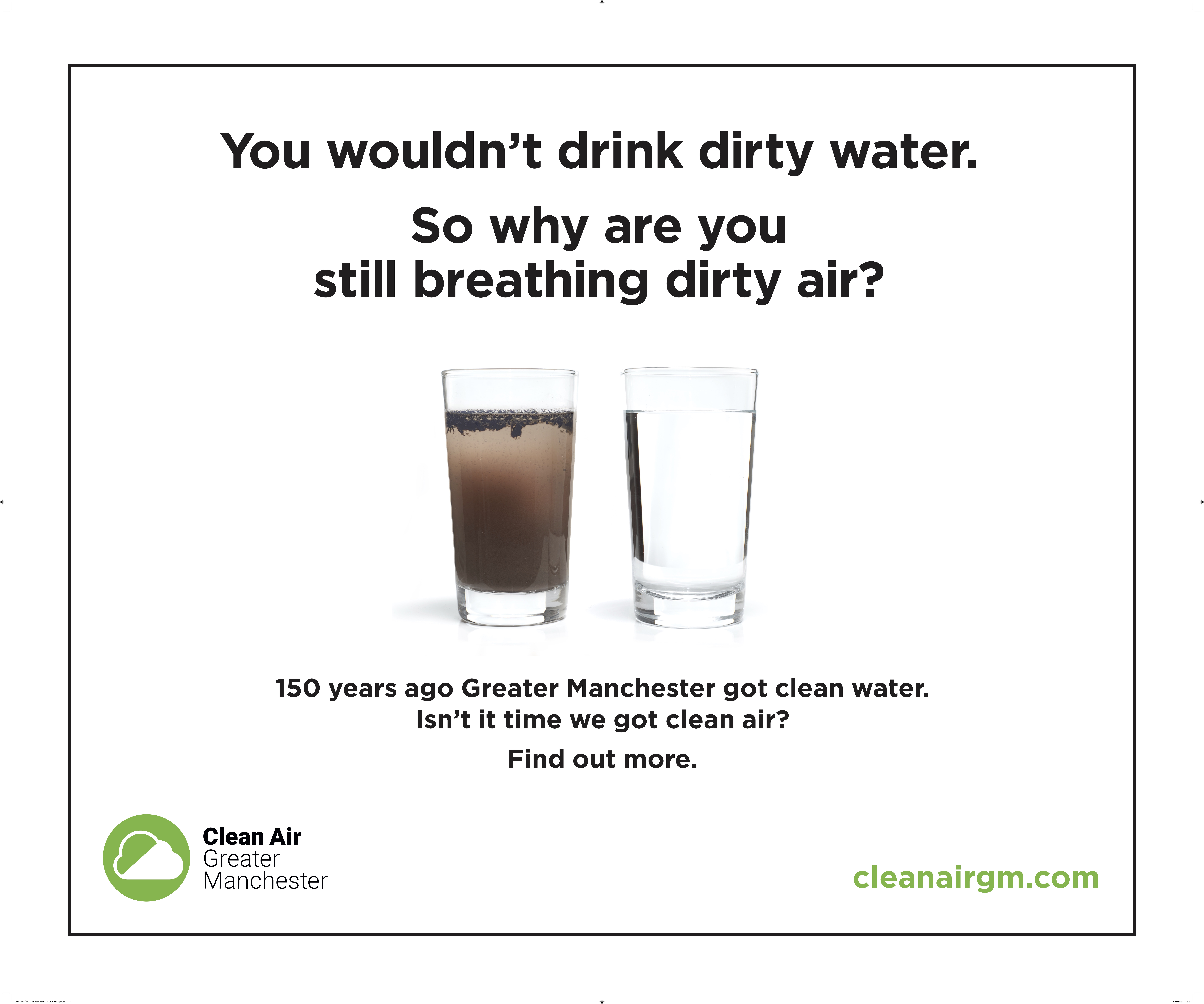 With polluted air contributing to the equivalent of 1,200 early deaths a year in Greater Manchester alone, local authorities have launched an awareness campaign encouraging the public to do their bit to improve air quality. The campaign also aims to encourage people to keep up to date on how the region-wide Clean Air Plan proposals might affect them and what people can do to help clean up Greater Manchester’s air.

However, nearly a year later, the government still has not confirmed the financial support that will be available to help businesses upgrade their vehicles.

The only government funding committed so far has been £36m to take forward proposals for a charging Clean Air Zone, under which the most polluting commercial vehicles would pay a daily charge to travel on local roads in Greater Manchester.

While welcoming the intentions of the Environment Bill, including plans to set legally-binding targets to reduce fine particulate matter, the Mayor of Greater Manchester, Andy Burnham, said that the government needs to engage early with local leaders on how these would be put into practice. But the immediate priority must be to respond to the region’s Clean Air Plans.

Andy said: “We are serious about tackling air pollution across our region and, alongside the government, we recognise it is the most pressing environmental public health issue facing the country today.

“However, we can’t get on with our plans without a firm commitment about the vital financial support that will help businesses across Greater Manchester upgrade to cleaner vehicles, to avoid the Clean Air Zone daily charge.

“The government has told councils to develop ambitious plans to tackle air quality. Our plan is ambitious but it needs a multi-million-pound financial support package to help local businesses, and requires the government to not duck from its responsibilities. It needs to commit the funds to delivering this vital work and supporting companies across the region to move towards a more sustainable future.”

The proposed Clean Air Zone would be implemented from 2021 and would initially mean that buses, coaches, HGVs, taxis and private hire vehicles that do not meet emission standards would be required to pay a daily charge to drive in Greater Manchester. Non-compliant vans would be included from 2023.

Councillor Andrew Western, Greater Manchester Green City-region lead, said: “As the Environment Bill continues to make progress in Parliament, our plans to improve clean air in the region have reached an impasse – it’s scandalous that businesses have been left in the dark.

“Poor air quality damages the health of people living, working and travelling in Greater Manchester and early exposure to polluted air can cause a lifetime of ill-health.

“In order to effectively tackle this issue, we need the government to work in partnership with us and provide a detailed financial commitment, so we can work effectively with our communities to prepare for the changes.”

Until Greater Manchester receives confirmation on the clean vehicles funding available from government to support Greater Manchester businesses, it is unable to complete the Clean Air Plan proposals and won’t be in a position to submit the Full Business Case to government.

It’s currently anticipated that the 10 Greater Manchester councils will receive a report in the coming months on proposed timings for a major public consultation on the Clean Air Plan.

“The Clean Air Plan proposals for Greater Manchester are ambitious, but businesses need clarity on the support they will receive from government to help them upgrade their fleets, as the cost can be considerable. We need this now.”